It's been about two weeks since the last update. Birch development has been steadily progressing and even picking up in the last few days. I researched and thought a bunch about different design decisions (summarized below), but lately it's been coding, coding, and more coding! I guess that's how it goes :)

With the progression detailed below, Birch has evolved. It's gone from a project of 100% vision and 0% usefulness, to something that can actually be used to code in. You can write functions. The functions can access data. The data then updates in real time. It's starting to feel, dare I say, alive!

Birch is a platform where developers can author and interact with live functions and tables on a 2d canvas. These functions can be run by hand, by a POST request, or on a timer.

Birch aims to dramatically lower the bar for the amount of information and thought required to get code running in the cloud. 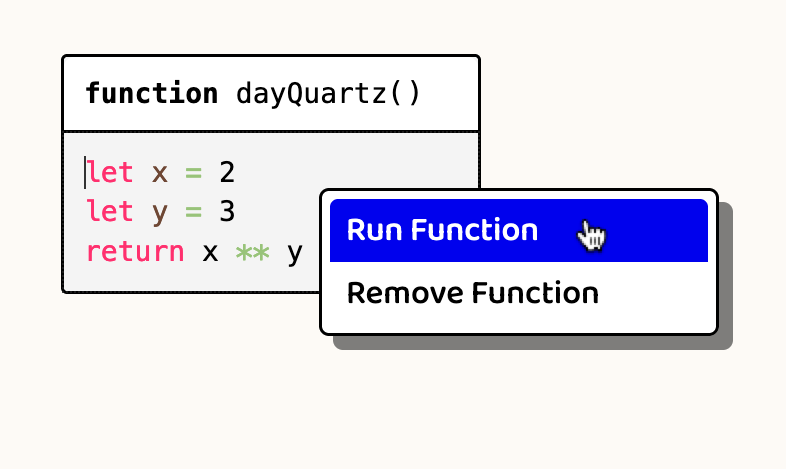 While it's nice that right-click context menus are well-known pattern, I'm worried people won't expect Birch to support them, as most webapps don't. I'd have to add some kind of pop-up saying, "Try right-clicking!"

So instead I've been exploring a mode of interaction where these options are discoverable through hovering. On mouseover they would appear as icons to the right of a card: 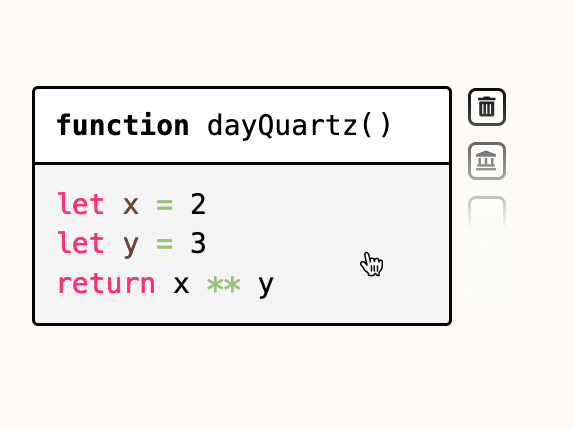 Hovering over each option would then surface a description of what the icon does: 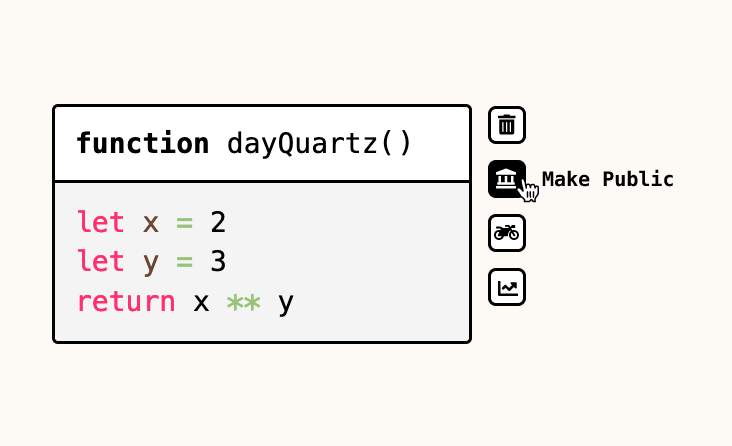 This is perhaps more visually distracting than hiding them behind a context menu, but it could be a win for discoverability.

I'm curious what people think! Do you strongly support context menus? Have a better idea? Let me know.

There you have it! Thanks for reading and hope you have a great day :)

P.S. Feel free to reach out on twitter @charlesetc or email at [email protected]!