I initially planned to release these work-in-public updates as a wonderful and glorious narrative. I wanted each blog post to describe a step along a journey, seamlessly coming together into a personal story. Nope. That is not at all representative of how the work been. Motivation comes in fits and starts. Progress too. And then the overall direction of the project has swung around like a compass at the north pole!

I don't have a consistent narrative for my work as I'm going. I have plans... but they morph and evolve. So instead of trying to tell a story, I'm going to give a quick background of what Birch is, a progress update, and then any extra thoughts I've got.

I'm building an app! It's called Birch. It's a very simple platform-as-a-service with an integrated user interface. Users can log in, create a 2-dimensional canvas called a space, and then add some functions or tables to the space. Functions will be able to be run by the user, on an http request, or on a timer. While running, they have access to and can edit the tables. Programming! 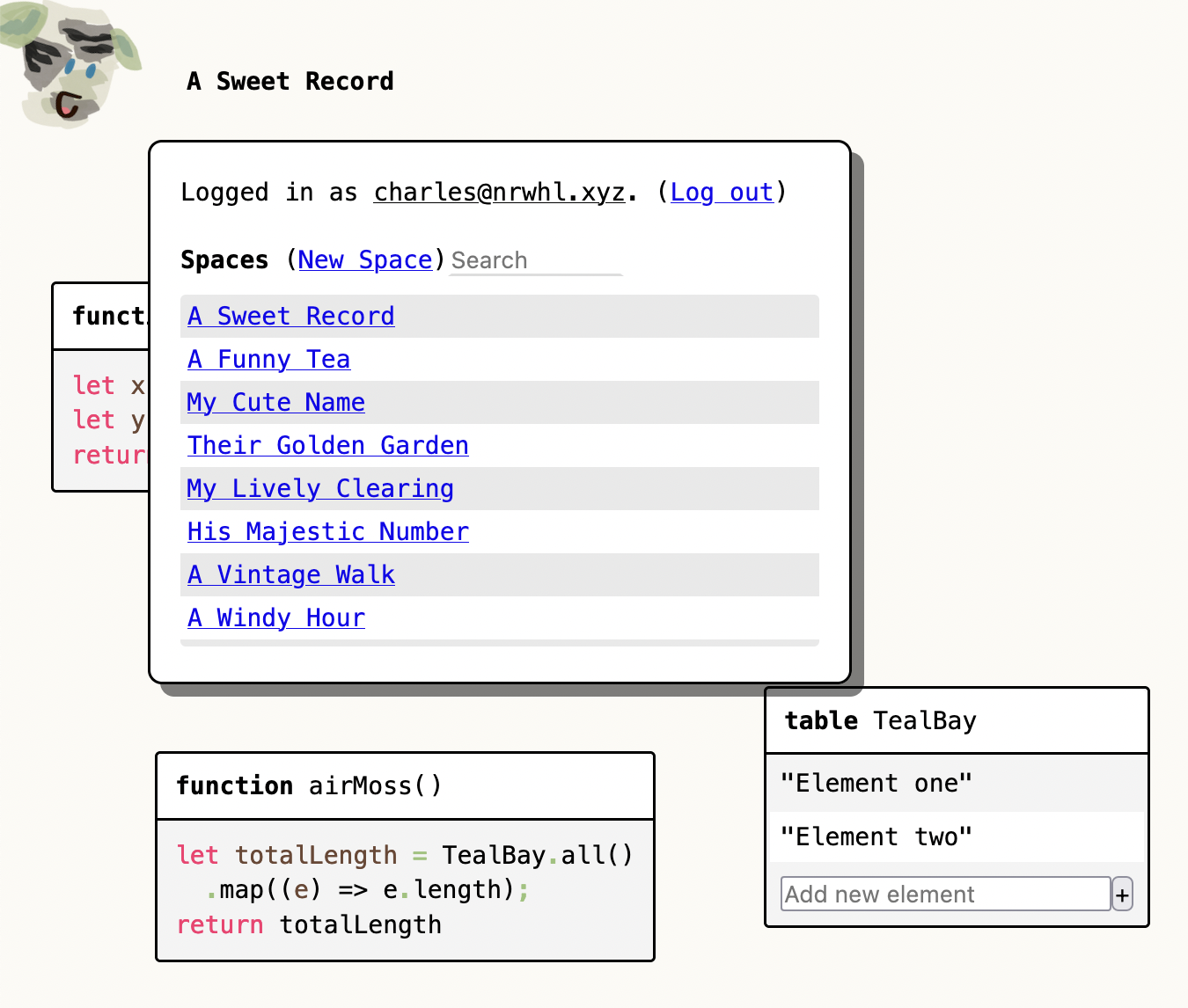 I'll try to post a new update towards the end up July. I'd love to connect if you have any thoughts or feedback, either on twitter or by email at [email protected].

Have a great day!
Charles